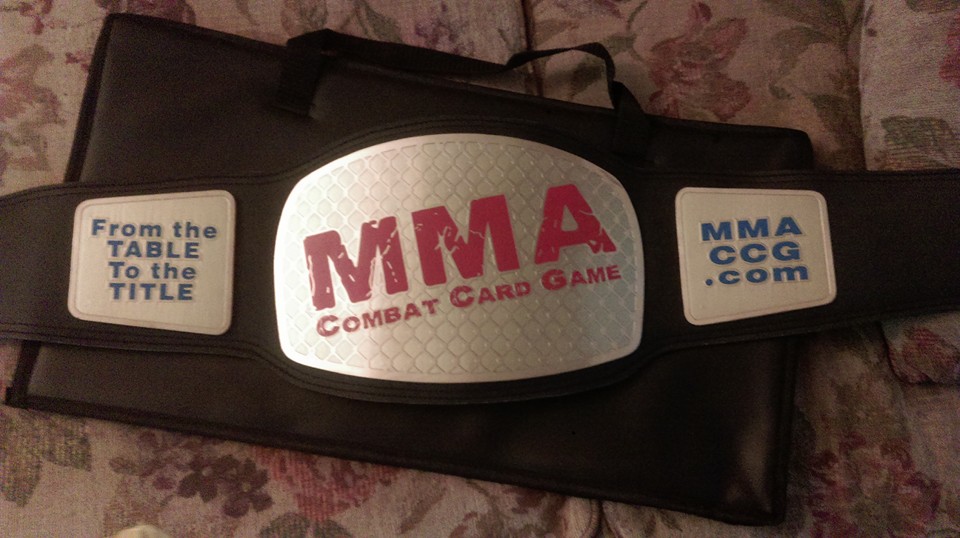 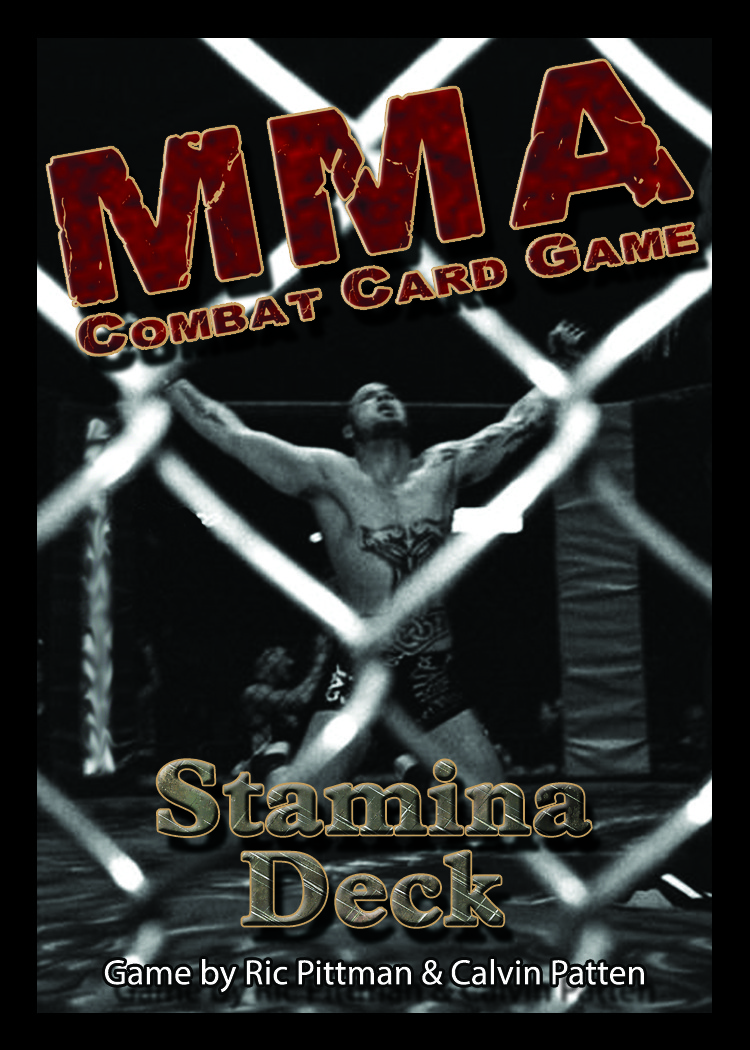 The MMA Combat Card Game currently has four different Theme Decks, each based on a style of fighting:

First up, we have The Brawler. This deck takes advantage of the fact that each round of the fight starts off in the Standing position. Leaning heavily on strikes and maneuvers to keep the fighters on their feet, this deck can usually find enough damage on the ground or in the clinch to finish an opponent off.

Next, we have The Tap Out Artist. As the name suggests, this deck looks to take the fight to the ground and capitalize with high powered submissions to bring your opponents toughness, and consciousness level down to zero.

Then, we have The Muay Thai Specialist. Looking to set the pace of the fight by getting and staying in the clinch, this deck often finds you in control of the fight, allowing your strikes to hit harder until your opponent finds themselves knocked out.

Finally, we have The Ground and Pound deck. As the name implies, this deck is comfortable on the ground, and can go toe to toe with any of the other three decks by throwing solid strikes and hefty submissions of its own.

Each of the four theme decks mentioned above brings different and unique cards to the game, along with a chance to mix up your playstyle. One thing we are looking to do is being able to introduce a deck that is well balanced, and can give new players a taste of each of these decks. We have added a few new cards to the game, and as a result are rebuilding one of our original "demo deck lists" to help introduce newer players to our game. Keep an eye out for The Gatekeeper, which along with the supporting Routine Deck cards for all of the decks mentioned, will help you take the game to the next level, and get you from the table to the title!

What other decks and/or fighting styles would you like to see in the game?